This was Alexis’ idea. Don’t let anyone tell you differently. She wanted to attempt an Ironman after graduating medical school and before starting residency. She also wanted to get married in that time frame while attending three friend’s weddings. 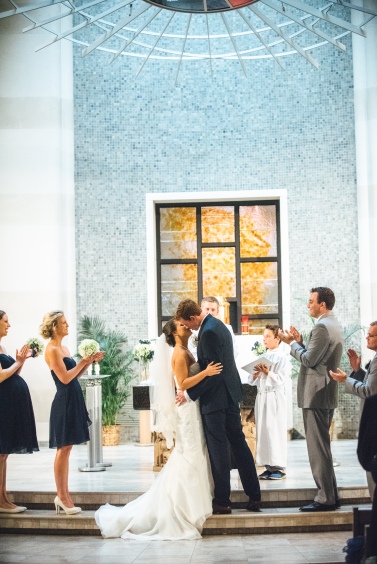 Hence, we ended up in Brazil for our Ironmoon (haha, get it? Ironman/Honeymoon!). My training leading up to this race was pretty sparse, with a total 95 hours in the past six months which comes out to 3.6 hours per week. That’s more like the training volume for a marathon instead of a 140.6 mile triathlon. I would pay for it during the race…

The race format was a wave start instead of the 3,000 man washing machine that Ironman races are known for My group started five minutes before Alexis’. She and I had almost identical times, and I waited for her in transition so we could bike together. 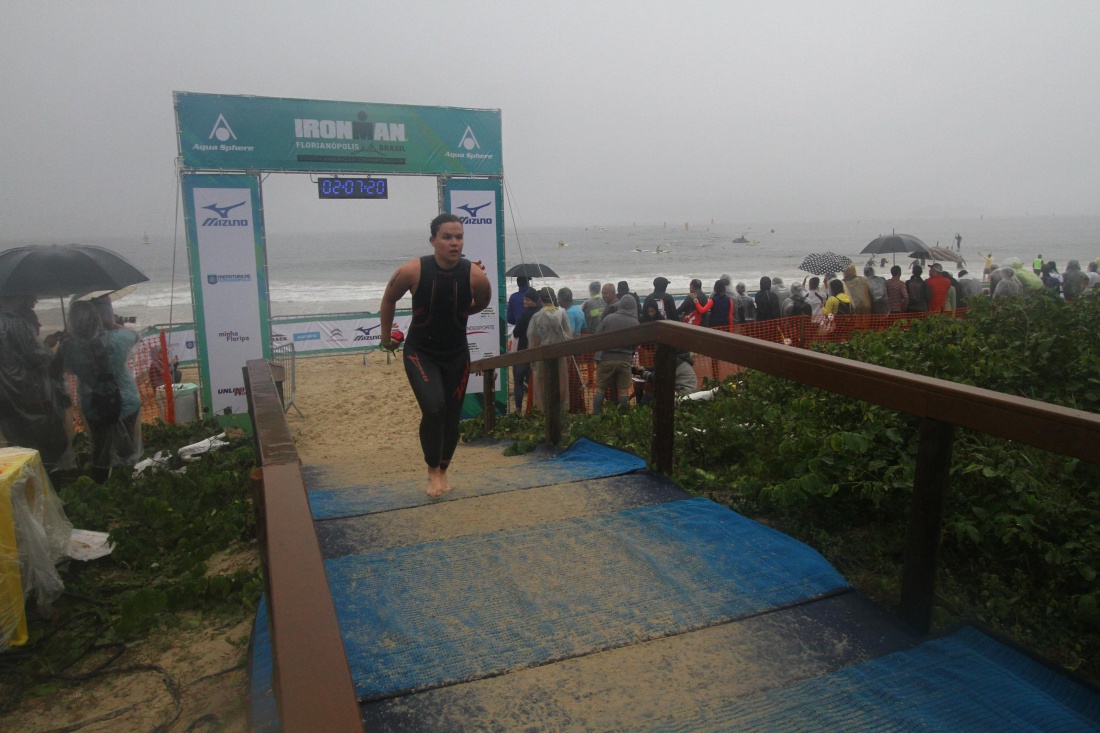 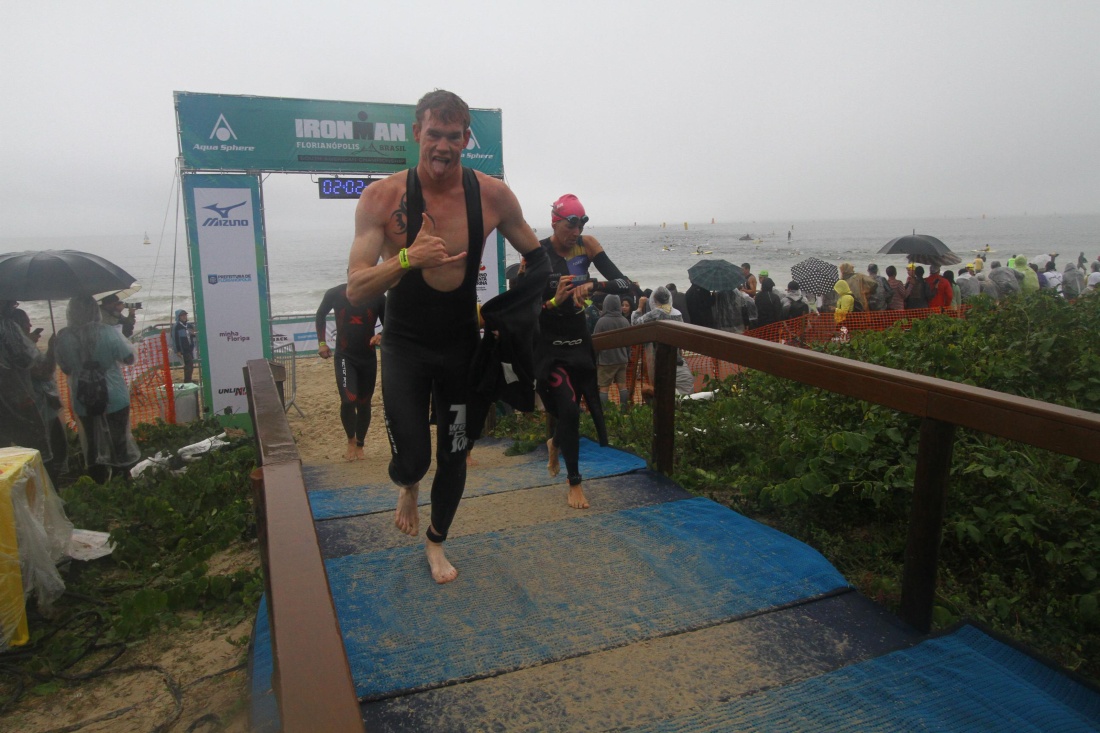 What a beautiful course! Cycling is a great way to explore a country. We rode along the coast and got fantastic views of the countryside, some pirate ships, and the Hercilio Luz Bridge 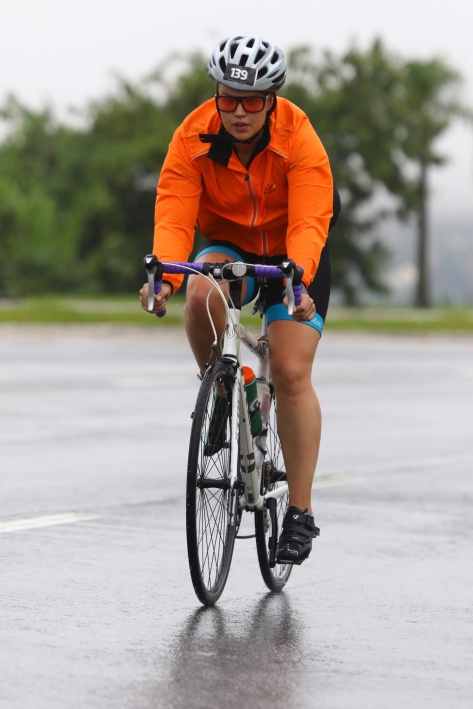 The conditions started out difficult as it poured rain for the first hour. You know what also poured? My bladder. Not sure what was wrong, but I peed 10 times on the bike. I pissed on myself so frequently that the guards at Abu Ghraib would say ‘Easy man, that’s too much’ (Too soon? It was a toss up between that and an R. Kelly reference). These weren’t little tinkles either. It was like Niagara Falls running down my leg. Don’t worry though, I washed it off with my water bottle (see below). A little too much detail? You should have learned from my previous race reports. 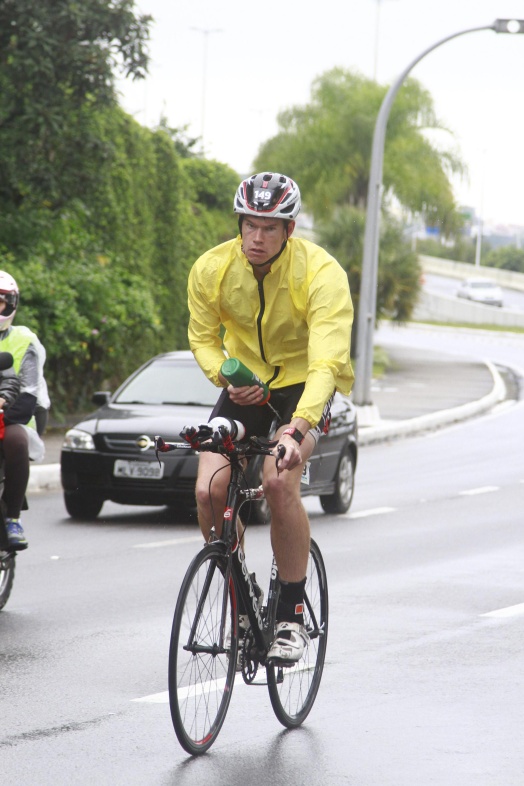 Since I stayed with Alexis on the bike, she thought it was only fair to stay with me on the run. However, I wasn’t running an acceptable pace so she went on without me. You know that part of the vows, “til mile 8 do us part”. 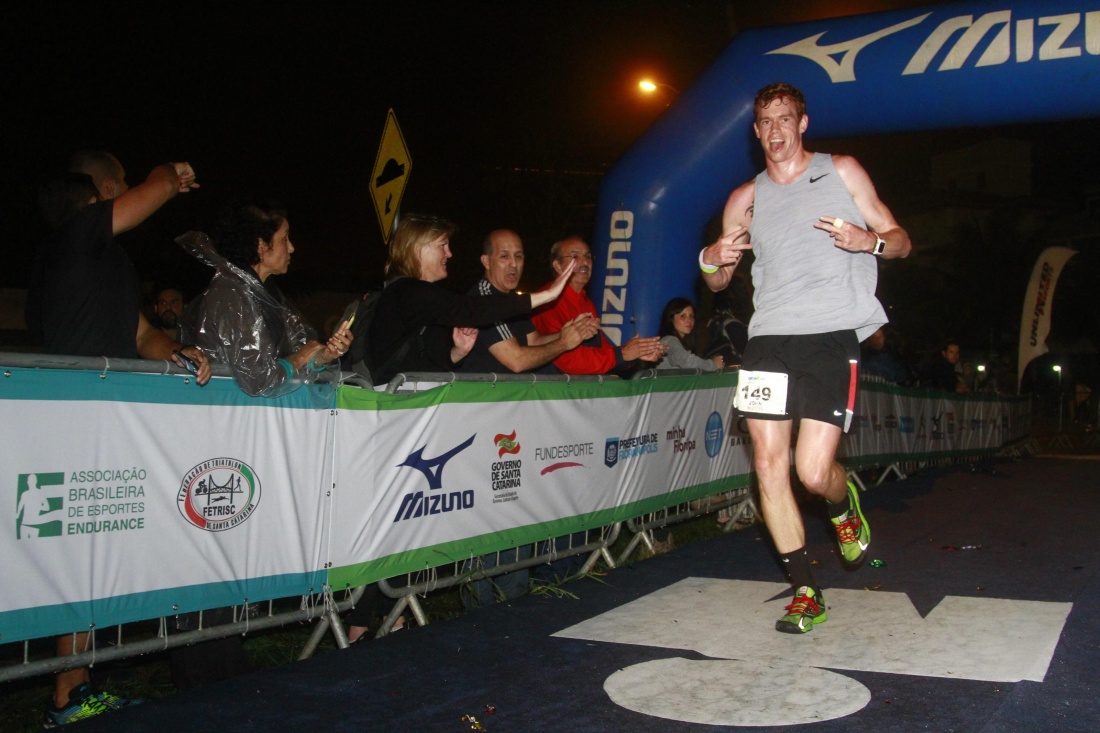 Sidenote: In Portuguese, ending a word with an ‘e’ creates an ‘ee’ sound. At the aid stations they didn’t have ‘Gatorade’ but instead ‘Gate-o-raid-eee’.

You’ll have to give a big congrats to Alexis. Training for this race while juggling all the other life events is a major accomplishment. There were lots of tears, lots of “I can’t do this”, but she finished. 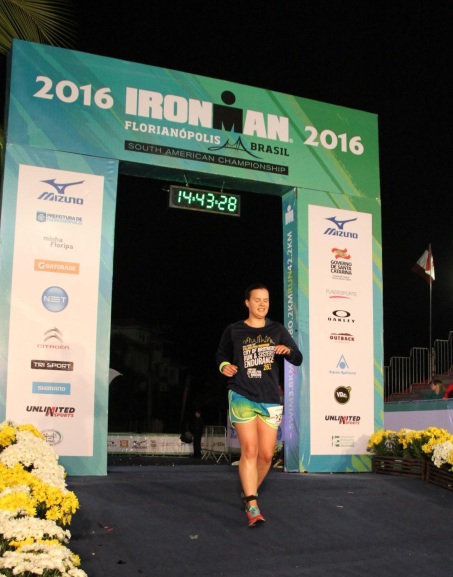 What’s really impressive though was that this was Alexis’ first triathlon EVER, which is just nuckin’ futs. You know what’s also crazy? After we finished she said, “I didn’t think it was that tough”.

Yeah, Alexis beat me. I don’t want to talk about it. 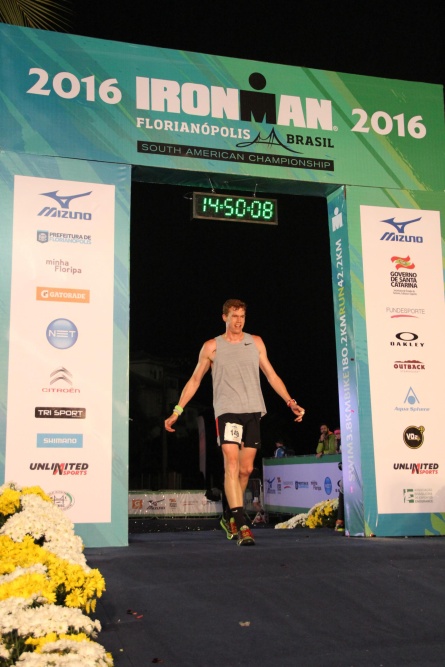 3 thoughts on “Ironman Brazil – ‘Cause Who Wants to Relax on a Honeymoon?”