Holy Fuck. This race was something else. It exceeded expectations, as in it was more difficult than expected. Two weeks prior,I completed the Cascade Express Marathon, setting a PR at the distance, and was hopeful that I’d have similar success at this race.

The Barkley Fall Classic (BFC) is the baby brother to the Barkley Marathons, a race popularized by this documentary and also showcased in this one:

Where the Barkley Marathons is 140 miles, mostly off trail, with a 60 hour cutoff; the BFC is 32 miles, mostly on trails, with a 13 hour cutoff.  Both races take place in Frozen Head State Park near Wartburg, TN, and share some similar climbs. It was like going to space camp. You get to do some of the things an astronaut does, but you’re nowhere close to going to space.

I drove down to Tennessee the night before the race, attending the spaghetti dinner and obtaining my race packet and cloth course map. There was a short line to meet Lazarus Lake, the sadistic old man who envisioned and directs this race, and who has become a celebrity in the ultra running community. 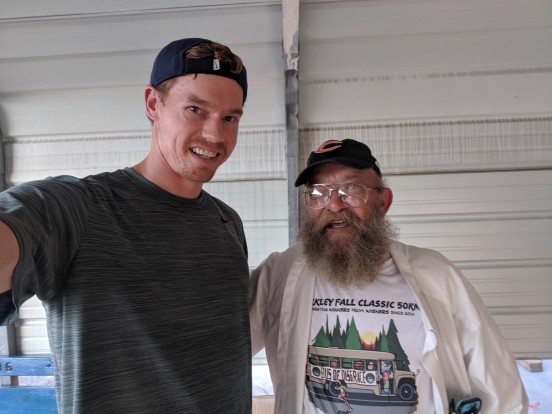 I decided to camp for the night at the American Legion, sleeping in the back of my Subaru Outback. This seemed like a convenient, low cost option, and would have been great, if not for the adjacent church bell tower. It rang nine times at 9 o’clock, ten at 10 o’clock, eleven at 11 o’clock– all through the night. I was woken up every hour on the hour. At 4 a.m., I gave up on sleeping and got ready, wandering into the Legion for a fantastic hot breakfast.

There is no starting gun. Instead, the race starts with Laz lighting his cigarette, just like the Big Barkley.

The first two miles are a road leading to the iconic yellow gate and first trail. The pace was quick, as no one wanted to get caught in the inevitable conga line up the first long climb.

I fell into line matching the pace of those in front of me as we hiked up Bird Mountain, followed by running down the opposite side of Bird Mountain, and then power hiking up something else, and run down something else. People kept referring to different parts of the course, but I had no idea what they were talking about. Luckily, I would never be in the lead and could just follow those in front of me. 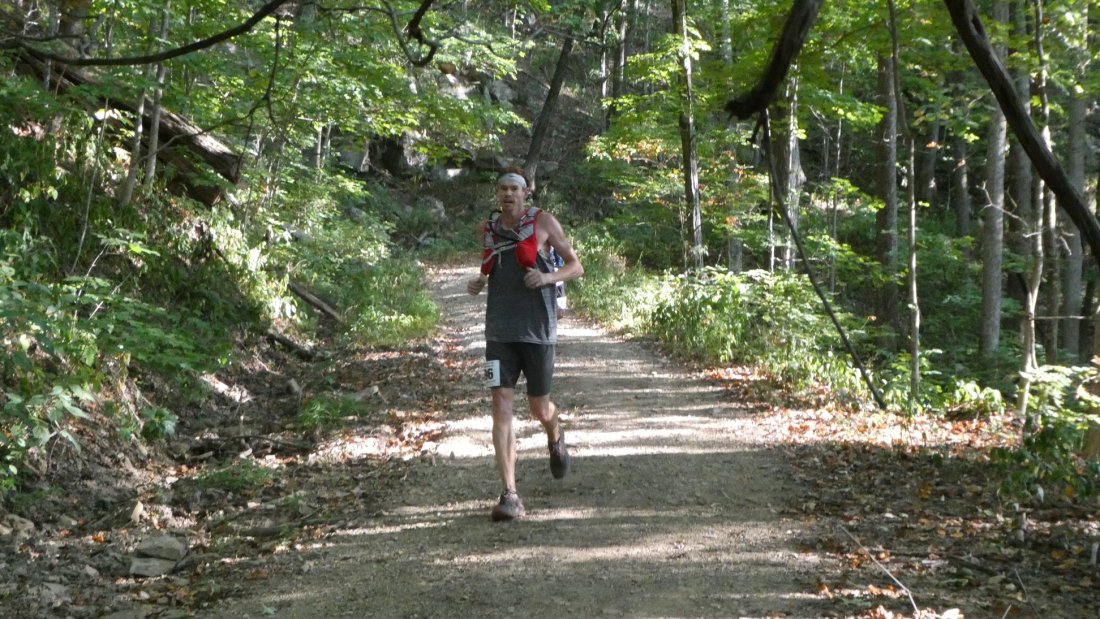 I eventually ended up back in the main park area, only to head right back out up Chimney Top(?).

This was a never ending climb, and I paused for breathers numerous times before making it to the top.

The next section, Tub Springs(?), was less steep, but still hilly, leading to three parts of the course that I had heard of: Testicle Spectacle, Meth Lab Hill, and Rat Jaw.

I started at the top of Testicle Spectacle, worked my way half way down the hill, got my bib punched and came back up. It was steep and long, but the briars weren’t bad at all. Zero cuts. I assumed people must have been over-exaggerating how vicious the briars were. I’d learn my lesson soon.

I could’ve used a breather after cresting Testicle Spectacle, but we instead immediately descended down Meth Lab Hill. I almost lost a shoe in one muddy part. It was a steep down hill, requiring sliding on my butt for multiple sections. I encountered my first briar, which snagged my arm leaving a trail of blood. 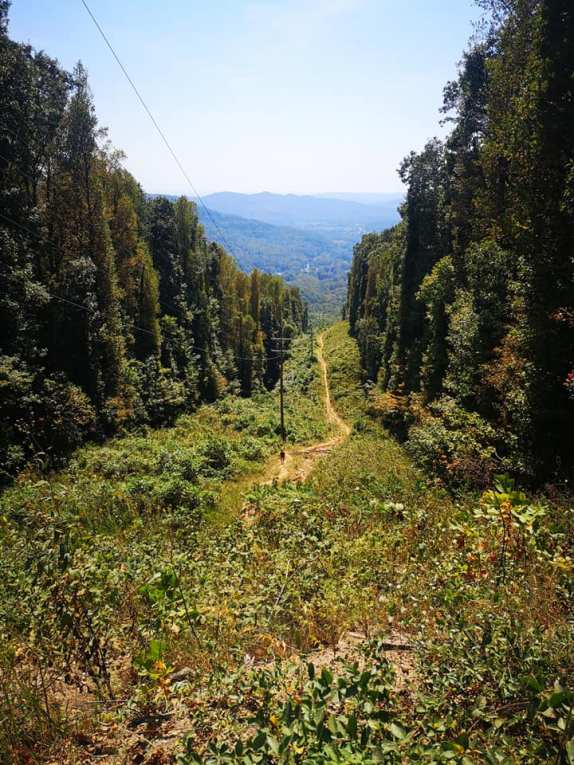 The coolest part of the race was next. We ran along a road to the prison, climbed a ladder over the prison wall, and then ran through the drainage tunnel under the prison. 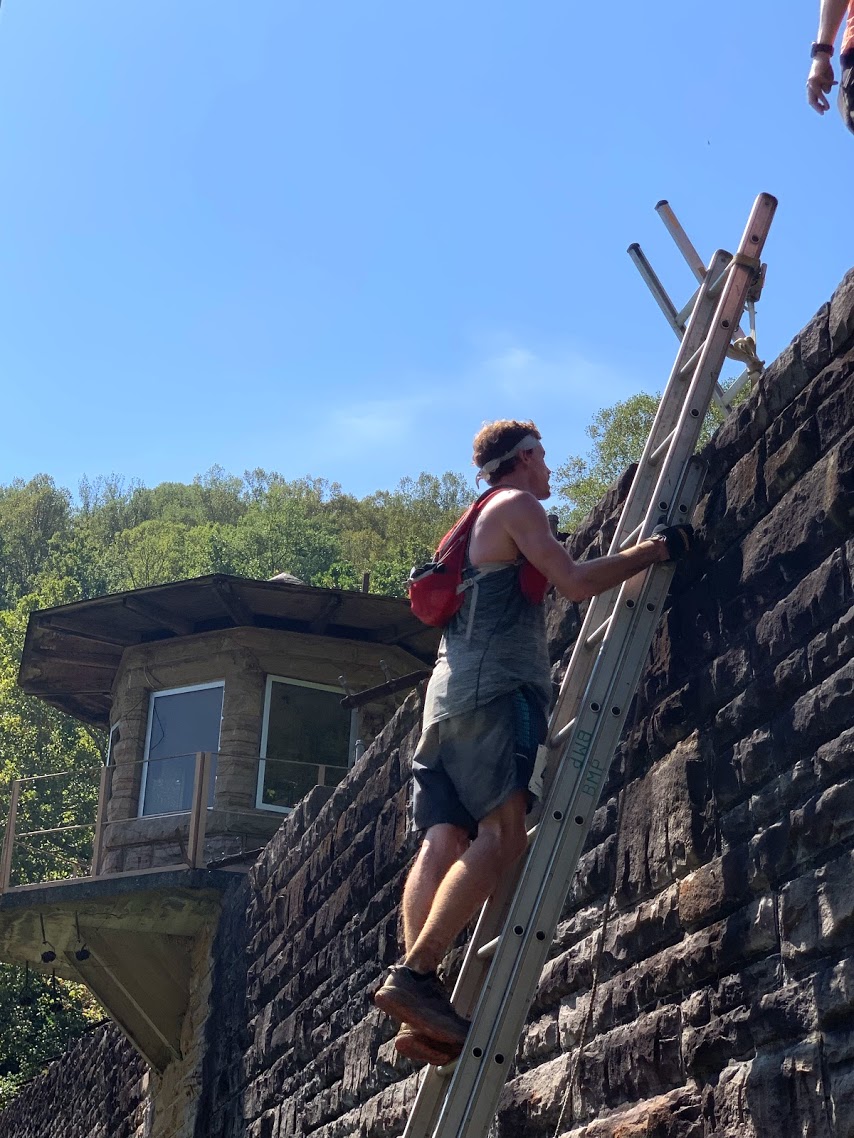 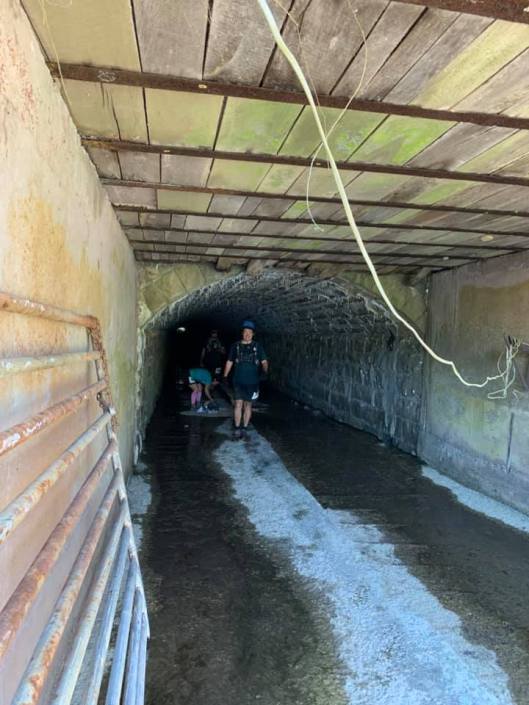 Next up was Rat Jaw. I knew I was in trouble when I climbed up the first 15 feet only to slide back down 15 feet into the people behind me.

It was steep — 1,700′ of elevation gain in 1.2 miles. Halfway up was a flat, shaded section where some EMTs had camped out. It looked like some genocide of endurance athletes had just taken place. Bodies of runners resting were strewn about, soaking in the shade and accepting a tiny reprieve from the endless vertical gain.

The real kicker with Rat Jaw is that you can’t see the whole thing from the bottom. There’s a half dozen false summits — a half dozen times my spirit was crushed. This is compounded by being the hottest part of the day, on a fully exposed hill. I tried to take breaks where the briars were really overgrown and the air slightly cooler.

Did I mention the briars? It felt like I couldn’t take a step without getting snagged. I was bleeding so much, and the hill was so long, that some cuts had dried by the time I got to the top. My pack was continually snagged in the briars and I ended up losing my spare pair of shorts:

This photo ended up on the Facebook group page for this race. My favorite comment was ‘Drama Queen’.

After what felt like an eternity on Rat Jaw, I reached the top, and hiked up the Fire Tower for another punch. It was then a two mile jog to the decision point. You had two options: take the easy three mile path downhill for a marathon finish, or continue on for a couple hours for the 50k finish. I had decided the previous day that I would do the 50k no matter what excuse I could come up with in the moment. After all, I needed to redeem myself for my pitiful showing a couple months prior.

I felt good at this point, as the Ibuprofen I had taken started to kick in. I thought we only had to go up and down two hills to get back to the yellow gate. I got to the bottom of the 2nd hill only to realize that we had another one to go up and over. This was my lowest point of the race. I was devastated to realize there was another large hill (bird mountain) and that the finish was still 90 minutes away. Just keep moving, it will all be over soon. 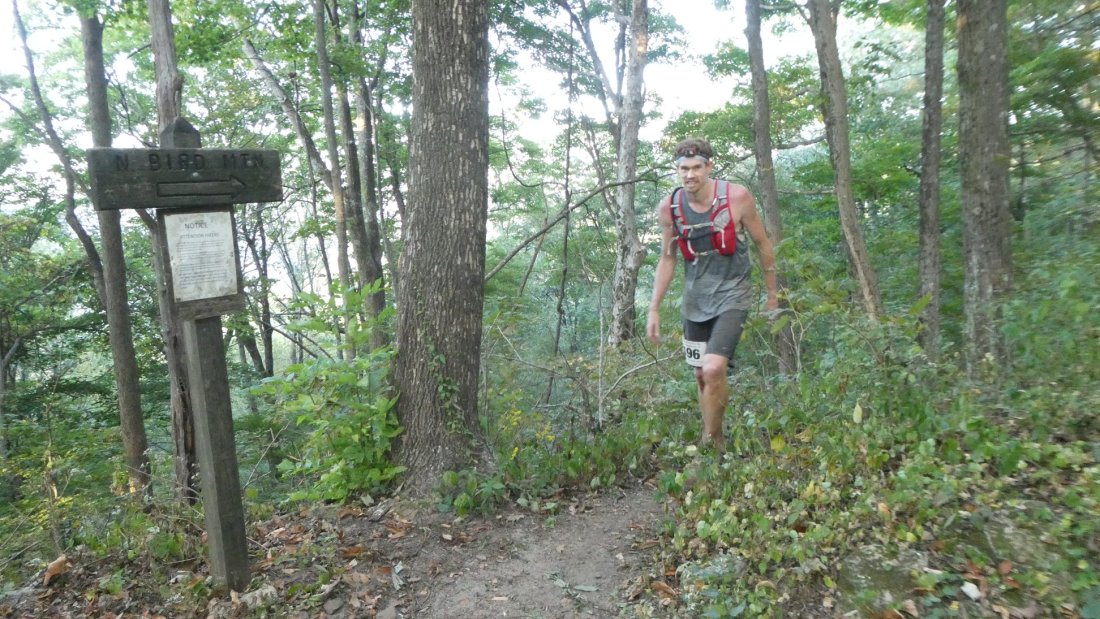 I was trashed when I finally got to the bottom of Bird Mountain, but reaching the yellow gate shot the remaining adrenaline into my system. I ran what was my fastest two miles of the day to the finish, crossing the line in 12:37:49. I was a ‘WINNER’ rather than a ‘WEINER’ 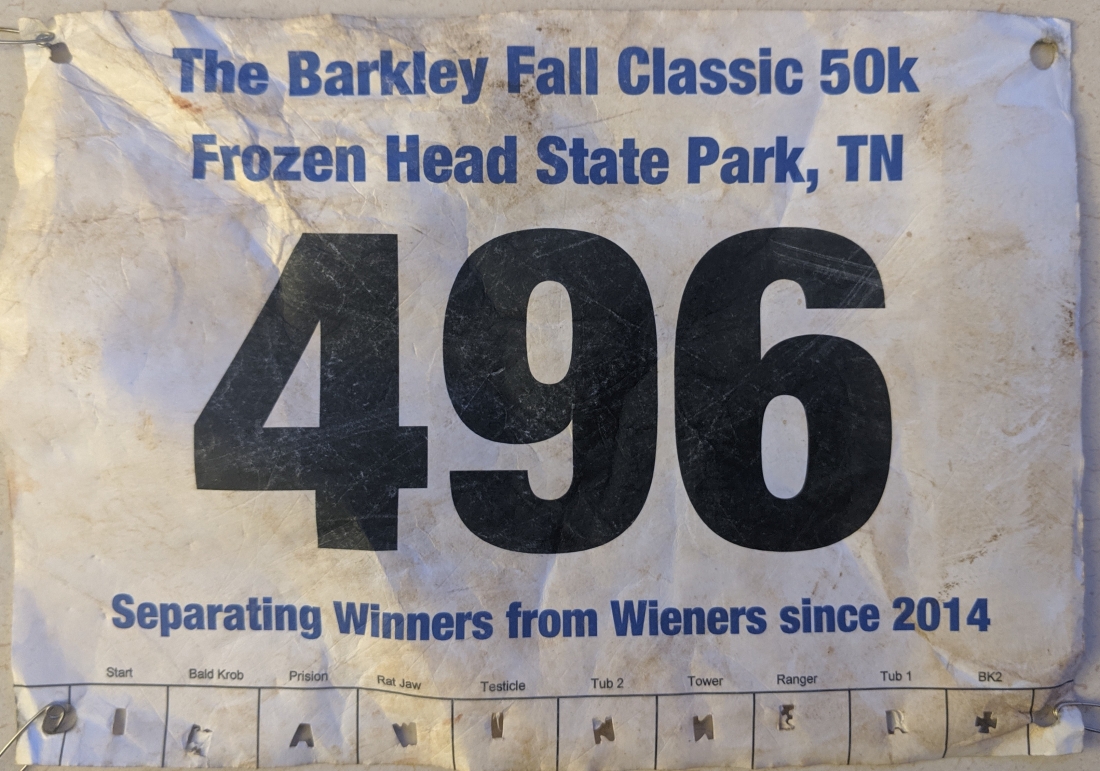 I’ve done a couple of these long endurance events, and this was the worst I ever looked. It was if I got mauled by a house cat. I was caked in dirt and dried blood.

Other Thoughts and Training Tips

-There was no navigation required. I didn’t peak at the map or use the compass once.

-The aid stations were fantastic. There were six of them, some of which you hit multiple times, stocked with food and tailwind. I only ran out of water once.

-I should have worn longer socks and longer gloves. The cuts from the briars didn’t bother me much, except along my wrists and ankles. Wear at least crew length socks and gloves that go higher on the wrist.

-Get a better pack. I lost my spare pair of shorts and headlamp that were sitting in the bungee pocket on the outside. I think they got snagged on some briars.

-Practice bear crawling with pack on. It’s the best technique on the steep ascents up Rat Jaw through the tunnels of briars

-Don’t camp at the Legion. Unless you want to be woken up every hour.

I felt like I got retribution from quitting the 24 hour triathlon a couple months prior. This is one of the most difficult races I’ve done, which makes finishing that much more gratifying. I got into the lottery and will be competing in this event again next year.

I can’t comprehend how someone finishes the Big Barkley. I was trashed at the end of this race. How does someone do it four more times? With limited aid? And extra navigational challenges?

I’m currently training for the Frozen Otter, a 64 mile trail runner in Wisconsin which takes place next weekend.